WASHINGTON — "A series of coarse and sexually explicit videos produced several years ago and shown to the crew of a Navy aircraft carrier by an officer who later became the ship’s captain has cost the officer his command." This piece of news from today's New York Times is indeed disturbing, and evidently the offending material was quite - offensive. But, there was something else about this news that affected us here at Joie de Vivre quite a bit. An item that we sell, that we like a lot, was right up there next to this officer on the front page of the Times. The parrot that repeats anything you say. Was he thinking of himself as . . a pirate - a naval pirate with a parrot? What did he do with that parrot? What awful things did he make it say? We don't want to even think about it - but it was quite a shock to see it in the paper - and it's a wee bit incongruous with the story as well . . . the picture itself is actually kind of odd as well . . . see for yourself ! 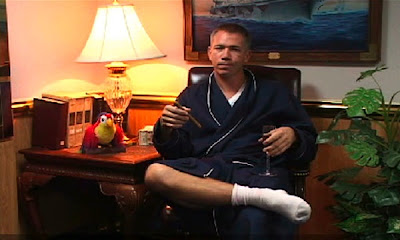