I read the following editorial in the Boston Globe a few weeks ago. Another reason to dislike (a mild term) Amazon - I will say no more and let the article speak for itself - but I completely agree - and after all, how could people post on Why Did You Give Me That without her?

Poor Aunt Mildred. By patenting a way to fend off her ill-chosen gifts before they’re even sent, Amazon.com is helping its own bottom line, and may even be serving the cause of economic efficiency. But as for the holiday spirit — well, maybe it too will be intercepted before it arrives. We’ve all received gifts that seem bizarrely untethered to our wants and needs. (A “Baywatch’’ tea cozy? Really?) Amazon has patented a system that would let users identify people who give lousy gifts and then, as the patent papers put it, “convert all gifts from Aunt Mildred’’ into gift certificates. While the system would only work, presumably, if Aunt Mildred is an Amazon customer, it would even be capable of sending her a thank-you note for a gift that never actually ships. And on paper, avoiding returns wouldn’t just help Amazon; money wasted on useless gifts is a loss to the whole economy. Yet there’s far more value in seeing, even through quirky gift choices, how a loved one’s mind works — and in being open to the possibility that those Ove Gloves might actually be useful. By pre-returning Aunt Mildred’s gifts, we neglect a skill we all should learn: responding tactfully when we don’t get precisely what we want. Sometimes, it is the thought that counts, and it would be a shame if, because of Amazon, gift-giving became even more transactional than it already is. 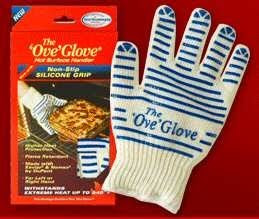