The Special Things We Get to See and Say

Sometimes when we're on the phone, we find ourselves saying things like, "Let me go in the back to see if we have the purple queen," or "You're looking for what?  Three singing pickles and a set of zombies?"  We do sell a lot of odd things - that sound even odder when discussed as though they weren't.  And sometimes we get sent excellent notices - like this one!  And I thought Cinderella would be with us always . . . . 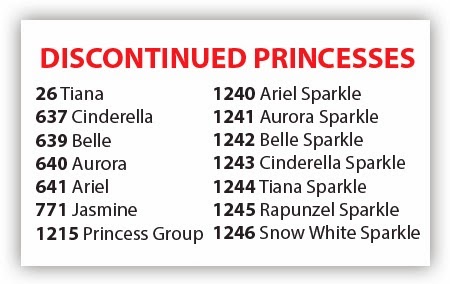 Posted by Joie de Vivre at 2:58 PM No comments: 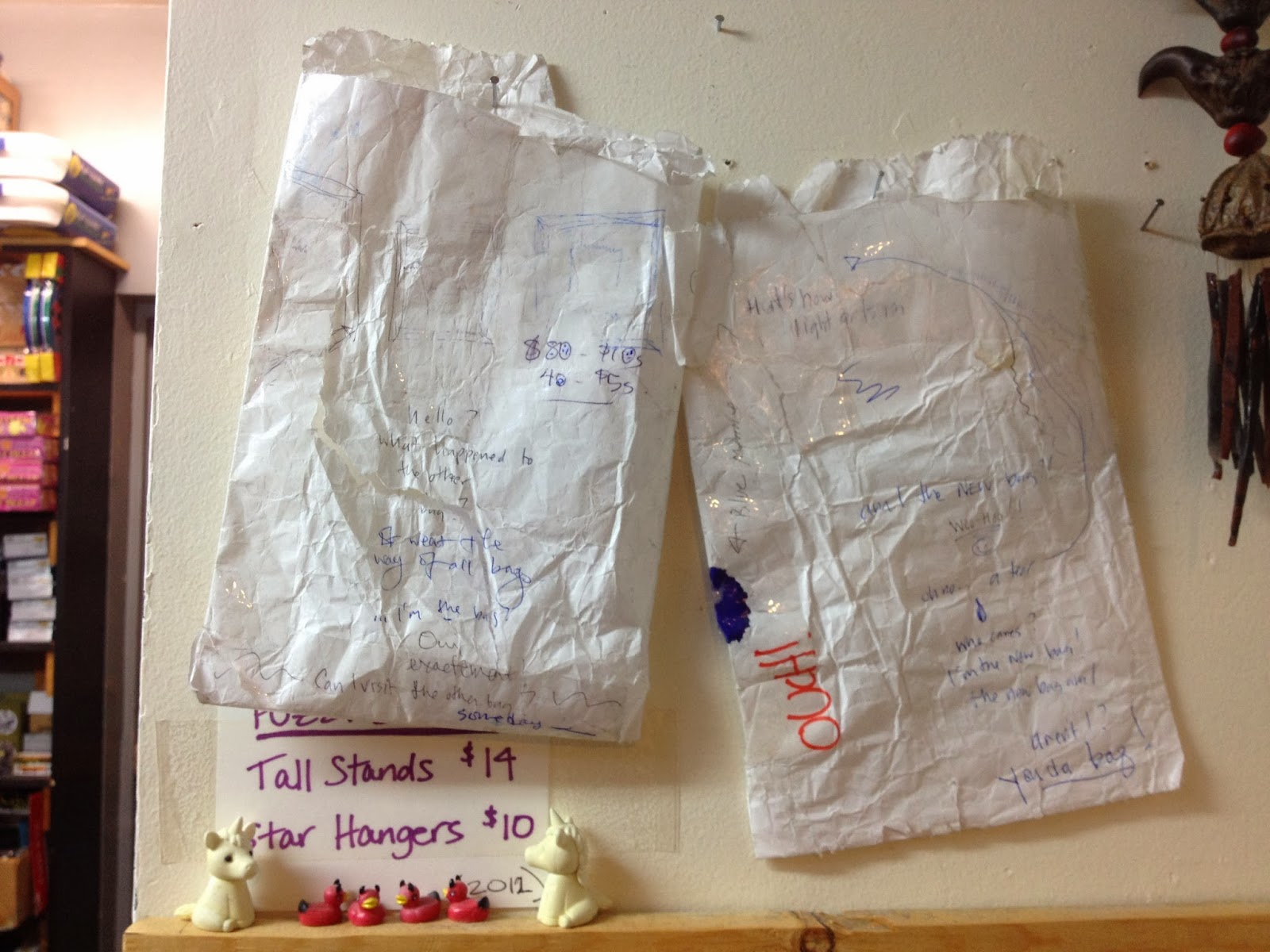 I was born in a factory in Newburyport, MA and had more relatives than I could count.  One day a thousand of us were put in a box and set on what I think was a loading dock - that's what I overheard these voices calling it. Next thing, we were in a truck and eventually, I saw the light of day again in a store in Cambridge, MA called Joie de Vivre.  I spent a few weeks on a shelf in the back room, and then got taken up to the front desk with maybe 40 of my friends.  We would hear a voice saying, "would you like a small bag for that?" and then one of us would get grabbed.  One day at the end of the day, someone grabbed me, but I didn't see any customers. Then I was opened and stuffed with cash and checks, and brought into the back where I lived in a grey metal box, along with some rolls of quarters and pennies.  I got to go out once or twice a week to the bank, and over the weeks, my age started, alas, to show.  People also wrote things on me, and sometimes I heard someone laugh when they read what someone else had written.  And out would come a pen for the response.  Eventually, I began to rip in several places, was scotch taped a few times, and then was put in a desk drawer.  I stayed there for several months, then I was taken out and pushpinned to a wall with another old bag just like me.  We don't know how long we'll be here - but we know we've already had a much longer life than the average bag.  If we're lucky, maybe we'll make it into the Joie archives of ephemera . . . people sometimes save strange things . . . .  oh - and ps - I am the bag on the left!
Posted by Joie de Vivre at 2:44 PM 1 comment:

We are getting lots and lots of 2014 catalogues, sent out to entice us prior to attending all the gift shows - which start next week. I wanted to nominate a particular company for an award - an award I'm calling the "Grandiose Claim of the Year Award."  This award goes to a very nice company called Hog Wild, for calling their triangular
pillowy bookrests "Inspired by the Great Pyramids."   Somehow, when I see a plush pink or turquoise pillow, or one with an American flag design, maybe 6 inches high, the Great Pyramids are not the first thing that comes to my mind.  Or the second or third or fourth - etc.  They look more like a party hat to me - or possibly a tea cosy.  Anyway, we will look forward to seeing if anyone challenges their right to this award, and if so, we will be sure to report !
Posted by Joie de Vivre at 1:56 PM No comments: